In March 2021, Dateline entered into an agreement to acquire the Colosseum Gold Mine from Barrick Gold Corporation. 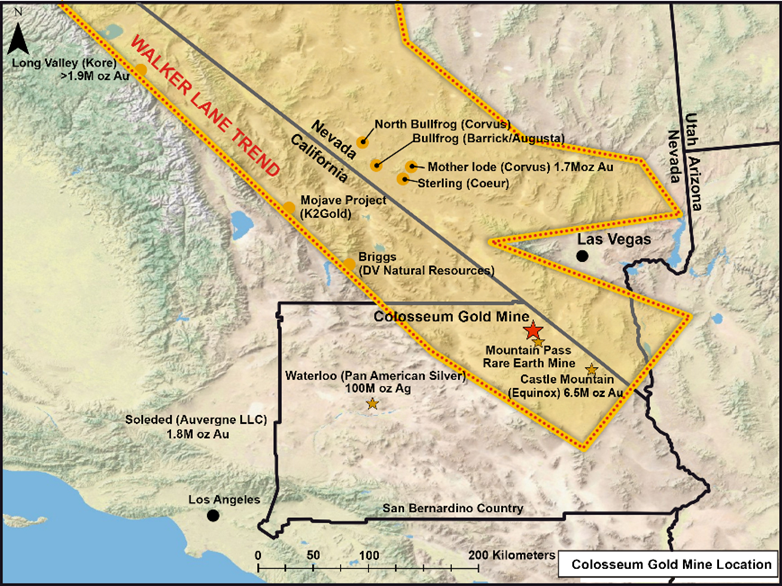 Dateline will review the historical exploration data to determine overall defined resource and cut-off grades and conduct an aerial LiDar survey to assist in future planning. A geophysics program to measure the depth of the breccia pipes and the possibility that the separate pipes join up and/or link to a larger feeder system will also be implemented. Drilling will then commence to test the extent of the mineralisation beyond the previously drilled depth of 333 metres (1,000 feet).

Gold at the Colosseum is contained in two breccia pipes known as the West and East pipes. The pipes cropped out at surface as two prominent peaks with elevations of approximately 2,000 metres above sea level.