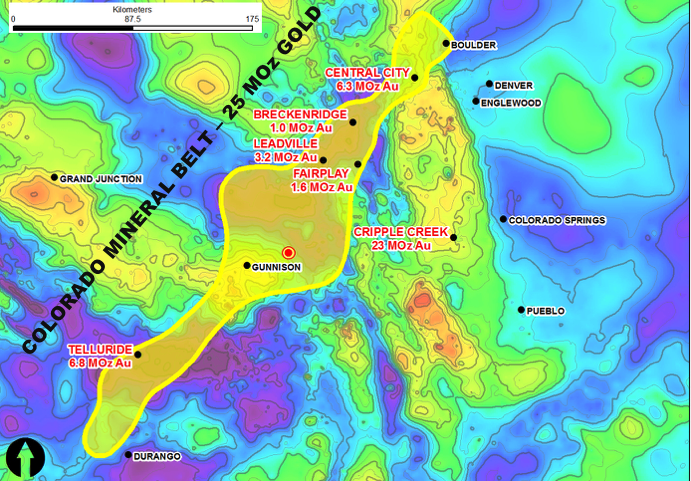 The Colorado Mineral Belt (CMB) is an area of ore deposits from the La Plata Mountains in Southwestern Colorado to near the middle of the state at Boulder, Colorado and from which over 25 million troy ounces (778 t) of gold were extracted beginning in 1858.

The State of Colorado has yet to fully reap the benefits of improved mining practices and the advancement of exploration and production technologies.

Historically the ownership of the land in the Gold Brick District was primarily split between the descendants of A.E Reynolds, a well-known Colorado mining magnate that owned several mines in the Colorado Mineral Belt in the late 19th and early 20th century and the Gydesen Family that has owned and managed a number of mines in the Gold Brick District of the Colorado Mineral Belt for the past 70 years. Other parts of the land have been owned and traded by several entities.

Dateline has consolidated ownership of the land and has acquired all of the Reynolds descendants and Gydesen interests in the Gold Brick District.

Dateline believes there are more ounces of gold left in the ground than the ~300,000 ounces of known production that occurred sporadically and disjointedly from the 1880’s to 1982.

Dateline aims to unlock the value of this historically significant but relatively unexplored area by systematically exploring the land using modern exploration and production technologies such as 3D seismic surveys and if required to make use of rapidly improving ore sorting technology.

The Gold Links Mine consists of a series of patented and unpatented claims that have been prospected and operated intermittently over a 30-year period between 1885 and 1948 with the majority of the work being undertaken between 1890-1910.

Development of all the properties was primarily vertical leaving large areas on strike between the three mines completely unexplored.

Strategically located 35km from its existing Gold Links mine, the mill’s positioning will prove an invaluable gateway for processing ore mined at both the Gold Links Mine and the Lucky Strike Mine.

A fully permitted facility for milling on 17 acres of freehold land. 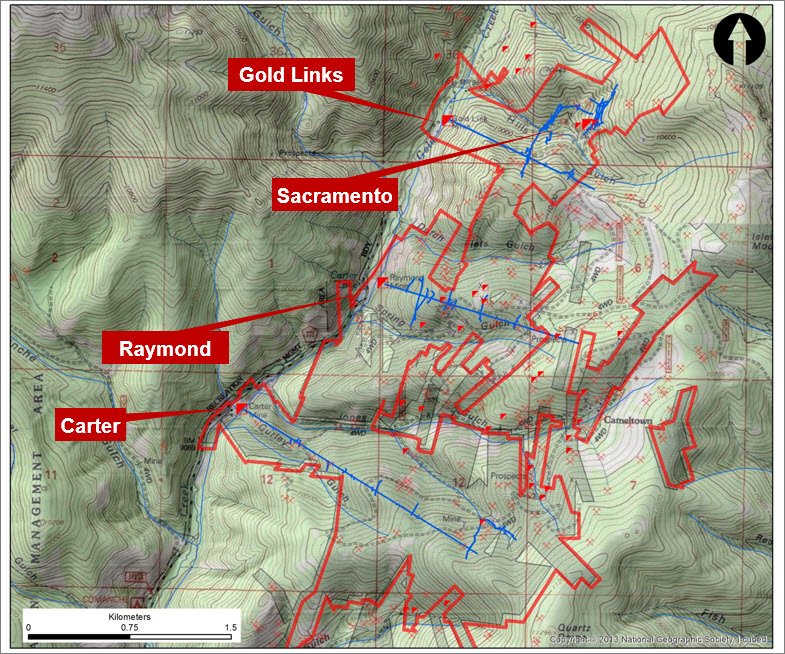 Dateline’s combined freehold landholding in the district hosts the Gold Links, Raymond and Carter mines (red lines) and the map of the old workings (blue lines). The area in between has been lightly explored predominantly from surface between 50 and 100 years ago.